In this blog post, we Interview an Expert Fundraiser on the topic of raising funds for stained glass restoration.

The achilles’ heel of most any religious institution in the 21st century is funding at sustainable levels, a skill Peter C. Saros, M. Div. learned raising monies for programs in the South Bronx.

Back in 1975, when he was Executive Director of Bronx Youth Ministry–tasked with operating after school programs, day camps and job referral programs for a collection of churches in a landscape of poverty and decay–fundraising for programs was made doubly hard because the churches themselves were underfunded. He learned this axiom: Raising money for church programs (or projects) is nearly impossible in an institution that is chronically undercapitalized.

So began a decade-long restructuring of how those churches raised needed funds in a place better known for deprivation than wealth.

Fast-forward to the present, Mr. Saros has acquired an unsurpassed depth of experience after helping more than 135 parishes do fundraising the right way. He has worked with congregations that have Sunday attendance of 35 people and others with a turnout of 600. He has offered advice to churches in city, suburban and rural settings.

In this blog post, we highlight Mr. Saros’s top tips to help you plan a campaign that succeeds in raising funds for a stained glass restoration.

For many older churches in the United States, chances are that unless the panels have undergone a complete restoration in the last 30 years, they are starting to show signs of deterioration of the frames, leading and paint on the glass itself. They may have lost their former luster, may be leaking, and for older churches, may be in visibly poor condition. As a major asset and source of inspiration, stained glass requires a long-term approach to preservation.

1. Without exception, every parish should undertake an annual Stewardship Campaign that aims not only to fund the church, but also to provide for ongoing building support.

Mr. Saros made it crystal clear: Without this structure in place, a parish faces insurmountable odds in fundraising for stained glass restoration.

2. Solicit donors for each window, offering a personalized plaque inscribed as a Memorial, according to each donor’s wishes.

This option entails fundraising for each window, and then embarking on restoration and installation one window at a time, as pledges (and funds) come in.

With a storied history spanning centuries, one particular Manhattan church aimed to redo 95% of its windows using a classic Memorial Campaign. The existing windows were quite plain – simply frosted glass panels with small, central designs. They were replaced with much grander, more evocative, full panel designs illustrating Biblical themes. When the designs were complete, the church approached members first, and then “friends,” or folks who were somewhat less affiliated than the core participants, but nevertheless people who felt connected to the church.

The budget was raised and work for each window was completed individually, one window at a time. Monies were given in exchange for a public plaque that marked each donation.

3. Think creatively to identify and define the “friends” network.

Some churches may be unique in their ministry, e.g. they may have a historic music program, and folks may support the music program but not be affiliated with the church as a whole.

Think through and identify people and institutions that have responded to appeals for particular projects and programs in your church’s past, and approach them.

4. Do stained glass restoration as part of an overall renovation, where you denote a restorer’s name adjacent to a pre-existing Memorial.

The windows of a historic church in Rhode Island had deteriorated greatly due to weather, but this problem was part of the larger situation they faced, i.e. their entire building needed renovation. Consequently, the church undertook a much larger fundraising campaign with fundraising for the stained glass piece set for the later stages. The budget calculated a cost of restoration for each window.

The windows, however, already had memorial plaques to men who had died in the Civil War.

If someone elected to give financial support to cover the cost of renovating a window, for example, at $20,000 a piece, an extra plaque would be added, saying “Restored in 2013 by So-and-so Family.”

5. Be wary of the “unique” things that people turn to, as a way to raise money. Their main benefit is frequently fellowship, not funds.

As counterintuitive as it may sound, if there is not an organized way for people to raise money, then you will have difficulty doing so by undertaking one-off events.

A church in Irvington, NY has an annual yard sale on its front lawn, which due to its prime location on the main thoroughfare gets town residents’ attention. Every autumn, it offers everything from one family’s used and outgrown skis, to another family’s bookcases or cashmere coat. It is said that this sale raises more than $30,000 each year. Yet, inasmuch as the money raised is something the church counts on – the “yard sale” has been going on for decades and is an institution in and of itself – this kind of project will not usually succeed to pay for significant capital improvements. Instead, funds raised by the Irvington church go toward operating expenses.

Mr. Saros offers another example. “One church I know sells sandwiches, as many as 1,000 heros a day, from the church hall. People line up to buy lunch on the days sandwiches are being sold. The church raises over $30,000 a year with this endeavor, but it is costing them a tremendous amount of energy and is beginning to burn out the people who do it.”

In other words, the purpose is not really dollars in the door, but the intangible asset of community service. 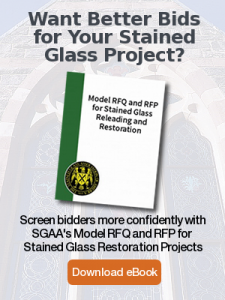 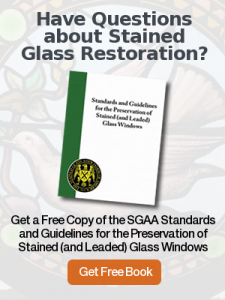